See the Canadian sector of the Normandy D-Day Landing beaches. Depart Paris in the morning and return via rail the same evening.

Read our customer reviews. Note: Any tour can be made private. Contact us for pricing and details.

Upon arriving in Bayeux, you’ll meet your guide in the rail station. Then it is off to the Canadian sectors of the D-Day landing beaches for a guided tour.  Transportation is provided in an air-conditioned vehicle. 8 persons maximum per tour. 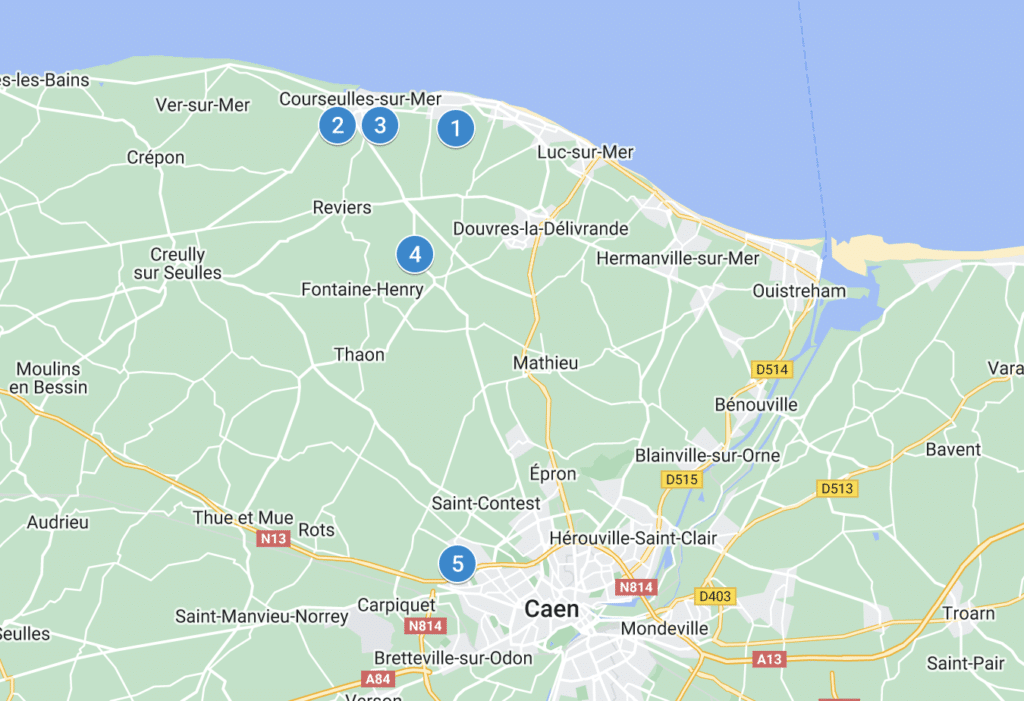 If not booking your rail through LinkParis.com, please do not book your train tickets until rail times are confirmed by us. The exact train schedule and pick up time at the Caen rail station will always be confirmed by our reservation department when booking. You will arrive back in Paris around 9:00 pm in low season (October – March) and 10:00 pm in high season (April – September).

Our standard D-Day Tour from Paris focused on the American sector is available every day.

My son and I took [this trip] from Paris to Normandy and it was absolutely outstanding. This is a must do while in Paris.

Bridget. Read all of our company reviews